The juxtaposition of the passing of Robin Williams with the death of Michael Brown, shot by the police in Ferguson, Missouri, was a stunning example of the disconnect we have in this country. So many posts on social media about depression, suicide and reaching out for help. It made me wonder how many people ever think about the never-ending impact of discrimination that ultimately leads to the deaths of African-Americans, Latinos and so many others in this country, at the hands of the people who have pledged to protect us as citizens.

America has been sleep-walking into a situation where the police have become the occupiers in some neighborhoods.  Dressed in fatigues, carrying weapons that belong on a battlefield, not in a residential neighborhood, and seeing those who they have sworn to protect as “the enemy.” As noted by the ACLU (https://www.aclu.org/war-comes-home-excessive-militarization-american-policing), the excessive militarization of the police has become more than a ticking time bomb, it is now exploding in the deaths of people across the country.

How do we de-escalate this situation?  Ferguson, Missouri looks like a war zone, with the frustration of so many years finally boiling over.  But it’s not just in Ferguson, people across the country are venting their frustrations and standing with the people of Ferguson, like these students from Howard University: 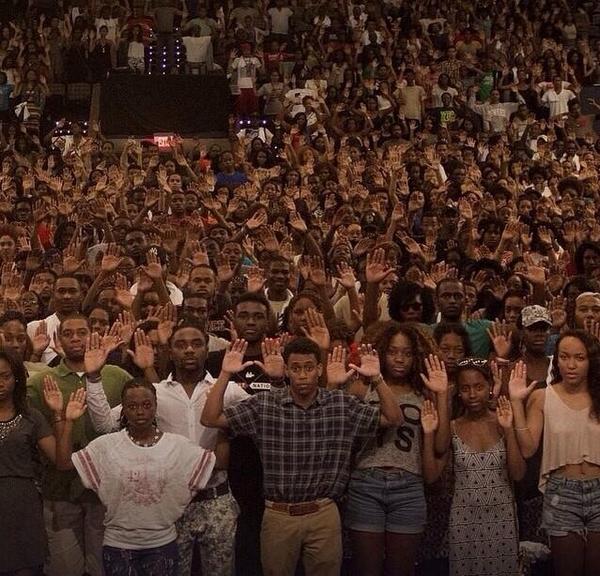 I don’t have any answers, I just know that it seems like we have reached a tipping point. I know that I will continue doing what I can to educate people and try to work on changing the tide. But it has an impact on all of us, the sleepless nights, the anger, the micro- and macro-aggressions that we have to deal with on a daily basis. Worrying about what might happen to our children, our husbands, ourselves…it ultimately damages the psyche, not just of an individual, but of an entire country.